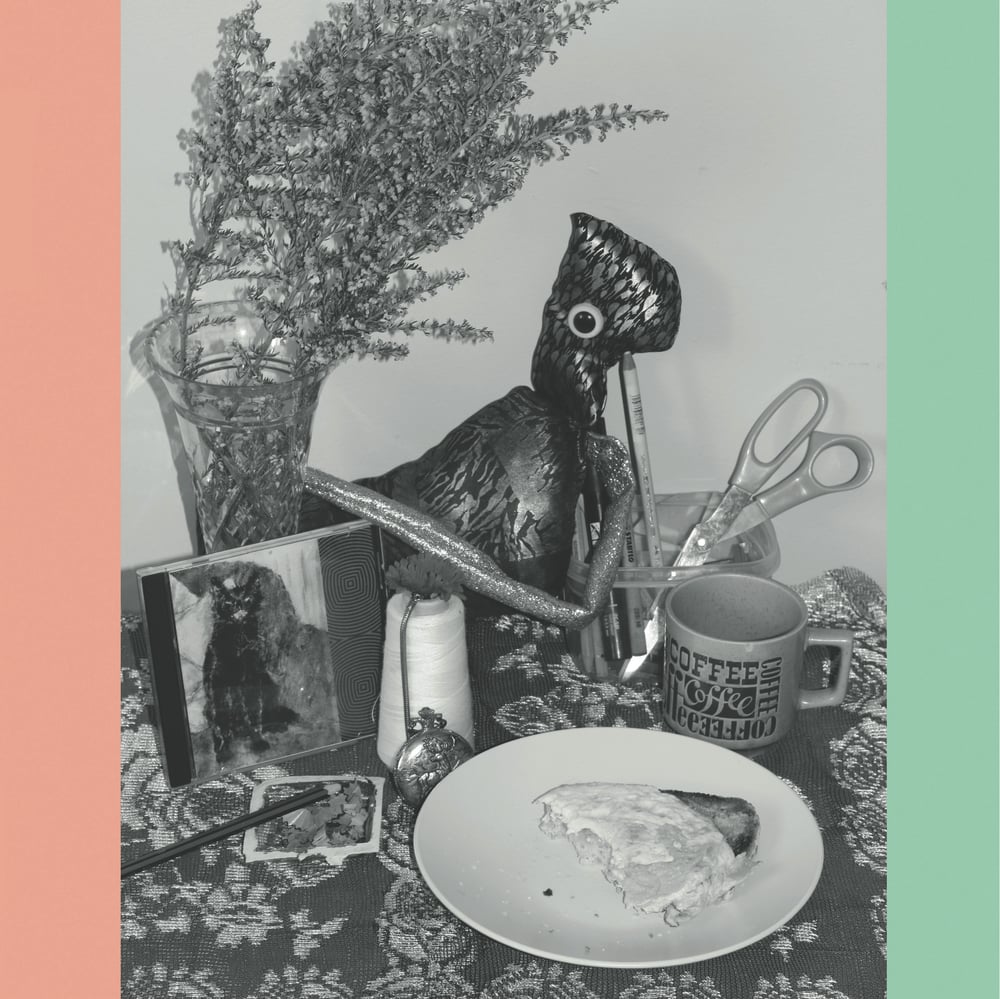 Vincent Over the Sink, 22 Coloured Bull-Terriers (Another Dark Age)

by Vincent Over The Sink

***All orders will receive a free, downloadable digital copy shortly after purchase, as well as a Risograph-printed insert designed by Matthew P Hopkins, included with their physical copy.

Matthew P. Hopkins and Chris Schueler were Vincent Over the Sink and 22 Coloured Bull-Terriers was their 23-track opus.

“Think about music, but then dig a hole.”

Hidden beneath an astoundingly diverse range of experimental and DIY output by Hopkins (The Bowles, Naked On The Vague; Penultimate Press, Vittelli, Kye) and Schueler (The Bowles; Kye) is the disorienting, psychedelic mess of VOtS’s 22 Coloured Bull-Terriers. Written between 2005 and 2007 in the Blue Mountains, Sydney and Melbourne, its limited cassette release was lauded by those who heard it and lusted after by those that hadn’t. This 2015 reissue, remastered by Mikey Young, comes in the form of a double vinyl gatefold designed by Hopkins via the record label, Another Dark Age.

Ten years on from its conception, 22 Coloured Bull-Terriers is still a rollicking, psychotic and kaleidoscopic dream that demands reinterpretation on every listen. Made of 23 dazzling lo-fi vignettes and songs that range from tender spoken and vocal excursions (“Number Theory”), to acoustic and instrumental sketches (“Santa Maria”), lullaby duets (“Blackbirds” and “Rainblame”), and devastating fleshed-out, no-new-wave song writing (“Mice in the Ocean” and “Horses Screaming”).

Schueler and Hopkins formed VOtS in 2001 and offered little in the way of heralded releases. The project lurked in the shadows of the Australian east coast scene. Even the 2008 cassette release of 22 Coloured Bull-Terriers saw no VOtS shows and only one (excellent) street press interview given by Schueler. Their most penetrating music came on a 7” on Graham Lambkin’s Kye label in 2011, sounding like a terrifying washed-out DIY chamber music record. Sadly, it was released posthumously in memory of Schueler who had passed away a year earlier. What little material had arisen from this long partnership would be all the world was left with.

These 23 tracks capture one part of the southern zeitgeist in the same way Flying Nun’s early archive did. Vincent Over the Sink were two mates who could have been trying to record a Mick Hobbs record in their garage. The album mirrors The Shadow Ring’s Put The Music In Its Coffin. It’s a work full of the forlorn, dark humour in Pink Reason’s alienating lyrics.

22 Coloured Bull-Terriers is all of this but none of it and Another Dark Age is extremely proud to present it with all the fanfare it deserves.